The way we speak to our children becomes their inner voice. 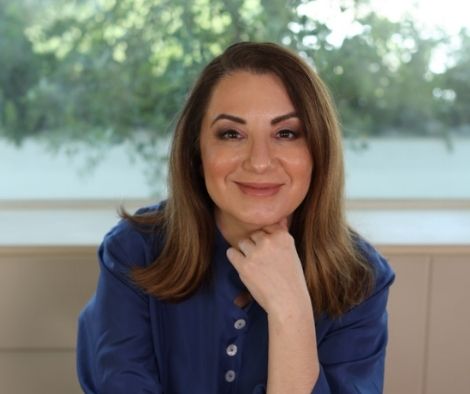 Are you parents? Have you ever wondered how your voice quality affects your children?

In this article we share some very interesting information about things of our daily lives, whose influence on the development and progress of our own children, we often ignore.

But before that, let me tell you a story:

One of my students – a well-known protagonist today – when she first came to me for vocal coaching, she refused to believe me when I told her that she had a very good voice and that she could compete for a lead role in a musical act. She characteristically mentioned that when she was trying to sing as a child, her father was shouting at her, “Just stop braying”. Helping her to get her voice up technically was relatively simple. What was hard for her was to believe that she could really do it. At this point, it had taken a lot of persistence from my part that she could really do it. We focused on sending away the inner knot created to that four-year-old girl, when her world’s most important man, her father, canceled (in a word) – unconsciously perchance- in a word, her whole internal desire to express emotions through singing. This wonderful actress didn’t even realize that she was “carrying it”.

It is well known that the ear begins to take form in foetus during the fourth month of pregnancy. Hearing is the first sense that we develop. So, the voices that the foetus and the baby afterwards hear, play a considerable role in its later life.

Mostly it’s the mother’s voice that the child is connected with throughout its life, through the uterus. The sound environment in which a child grows up, is just as important to his soul as cleanness to his body. The mother’s, father’s or the first teacher’s voice are deeply etched on its nervous system. According to the renowned ENT and voice researcher Alfred Tomatis, these experiences, indeed, transform the child’s voice.

After many years of research, he managed to prove that the ear is adjusted (literally molded) to these people’s voices.

Therefore, going back to the starting example of the actress, the child, when attacked by an aggressive voice, zones of blindness and exclusion in her ear were created. The ear eliminates the reception of certain frequencies. Just as one looks away in front of an intolerable sight. This “acoustic desert” is the beginning of future learning difficulties. It is like throwing an emotional veil that restrains the child.

The opposite occurs precisely when the sound environment is positive. When the child in the first years of its life listens to songs, sweet and tender voices with clear pronunciation, when it is encouraged to sing, speak and communicate, even mumbo jumbo, then its vocal tone becomes more harmonious, the flow of speech more fluid and the tone of his voice more vivid. “Singing is the royal path that leads to speech and learning. Even kindergarten songs make up an approach to the essential cadences of the language and place words and phrases in children’s minds, just as fish use to leave their eggs in the rivers. They are preparing the ground for the speech.” Tomatis emphasizes.

Does the voice of adults sound constantly threatening? Or huskily? Or ‘smoked’? Does it sound passive or broken? Does it come from the nose? And many other types of voices that affect subconsciously their little loves. In other words, the mental state in which the parent is “stuck”, passes through the voice and affects negatively the child.

The good news is that any sound environment can be signally improved and a Voice Specialist can help in many ways. Sometimes the parent’s voice needs to be improved. Sometimes it is simply enough to give more importance to the connection between them with the right choice of music and songs for children. Therefore, a healthy communication between parents and child is improved and the second one grows up by enunciating, talking and singing smoothly without internal knots and exclusions, which often result in – as we said before – learning disabilities.